The Wentworth Group of Concerned Scientists welcomes the opportunity to comment on the draft Native Fish Strategy. This document is a high level framework to guide investment and implement priority actions.

Given the declining status of fish in the Murray-Darling Basin, a Basin-wide native fish strategy is urgently needed to coordinate protection and restoration efforts. We endorse the overarching principles and priorities set out in the draft strategy. 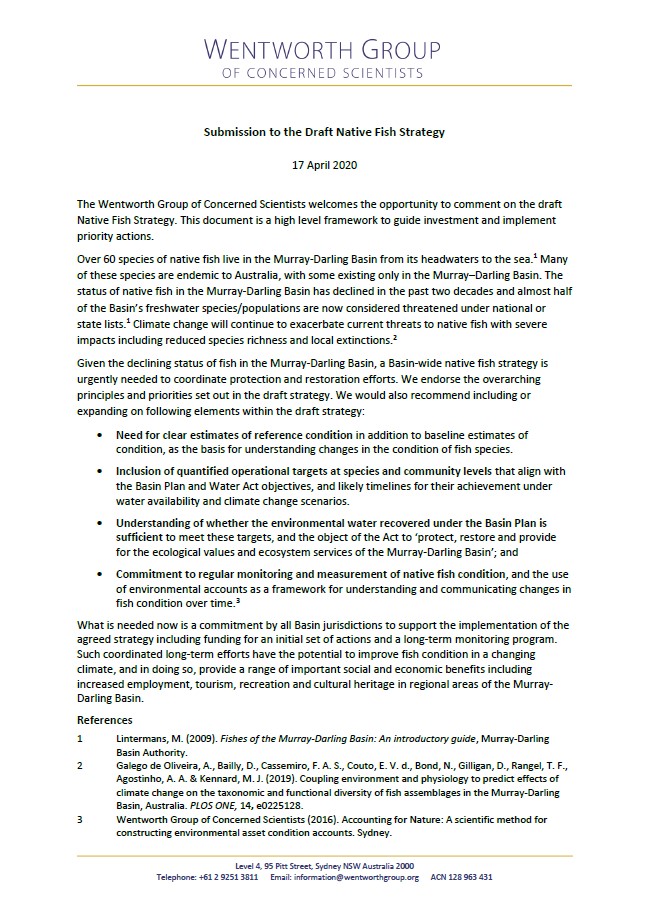