NRM Regions Australia, the Wentworth Group of Concerned Scientists and associated scientists, and experts in Commonwealth and state agencies undertook a four-year trial to develop a set of regionally-based environmental accounts which measure the condition of environmental assets. The trial tested the operational aspects and institutional arrangements for carrying out an ongoing national environmental accounts program, based on the Wentworth Group’s Accounting for Nature model proposed in 2008.

A common national protocol is essential if Australia is to consistently measure and report changes in the condition of assets. This native vegetation protocol provides commonality between the regional accounts as data is collected against standardised indicator sets: Extent, Composition and Configuration. 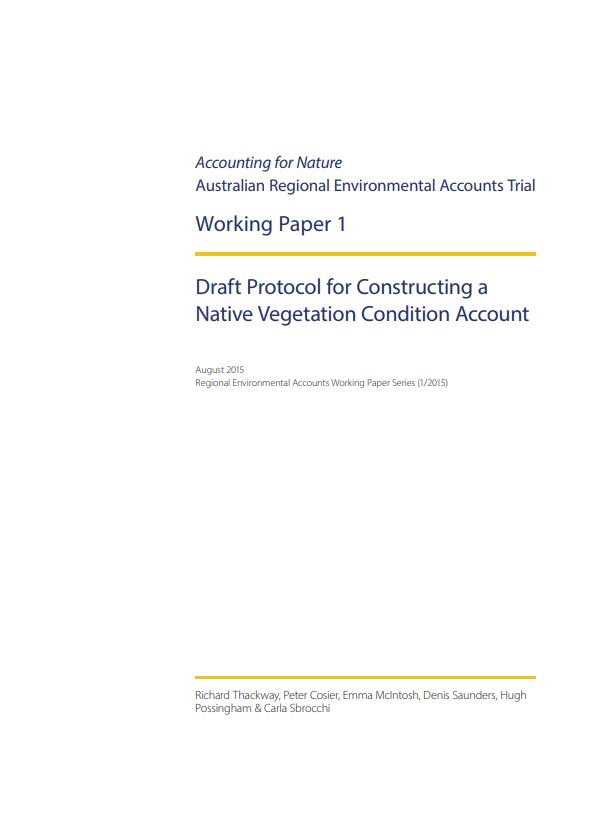 Accounting for Nature 2016
Scroll to top